We’re delighted to announce Aimée Felone – co-founder, Knights Of – as the winner of the Kim Scott Walwyn Prize 2019.

The judges said that Aimée Felone stood out as “an effective activist for change and creative business woman as well as an inspirational role model”. She has made an “astonishing contribution” to the industry in just five years in publishing.

Aimée was announced as the winner at a prize ceremony on Tuesday 28th May 2019, and was chosen from an impressive shortlist:

The winner of the Prize received £1000, sponsored by the SYP and was announced at a prize ceremony on Tuesday 28th May at Stationers’ Hall in London, with a key-note speech by Deborah Frances-White, comedian and Sunday Times bestselling author, best known for her hit podcast The Guilty Feminist.

The Prize, which recognises the professional achievements and promise of women in publishing, is open to any woman who has worked in publishing in the UK for up to seven years. Founded in 2003, the Prize honours the life and career of Kim Scott Walwyn, who was Publishing Director at Oxford University Press and who died in 2002 at the age of 45. The Prize is run in partnership with the Society of Young Publishers (SYP).

This 2019 shortlist was a list of true change-makers.  Each of the shortlistees is notable for developing new business models and funding processes, with a clear awareness of nurturing new partnerships and widening diversity. They demonstrate the changing roles in both the traditional and non-traditional publishing landscape and offer a huge range of talents and skills sets. They are opening up publishing to new voices, increasing representation of unheard and under-represented voices and prove that the most exciting businesses don’t have to be in London.

The judges were impressed by the dedication and passion of all the submissions received in 2019.

The judging panel explained why each of the shortlist were selected:

In her five years in publishing Aimée Felone has made an astonishing contribution to the industry: not only has Knights Of, the publishing house she co-founded, established itself as a vibrant and inclusive independent publishing house, but in 2017 Aimée also launched a crowdfund campaign which raised £50,000 to open Brixton’s first permanent inclusive children’s bookshop. In addition to the management and direction of the company, she contributes energetically beyond the walls of the publishing house, sitting on numerous boards and steering groups dedicated to the creation of a more representative workforce.

CRYSTAL MAHEY-MORGAN, co-owner, OWN IT!

Having first cut her teeth at Penguin Random House, Crystal has demonstrated incredible entrepreneurism, dynamism, creativity and business management in the founding and development of OWN IT! Refusing to be bound by what others might think is the right way to do publishing, Crystal has shown time and again what true innovation looks like in creating a business with a powerful publishing core but that is constantly evolving to meet the needs of readers and authors alike whilst herself being a powerful force for change and good in the industry.

The judges decided to include both Laura and Heather as one entry in this year shortlist. When reading each of their applications, it was clear how the success of 404 Ink was due to the exceptional work of two incredibly talented partners. Laura and Heather’s entrepreneurship and commitment to a different kind of publishing made them stand out. They are a fantastic example of innovative thinking and have contributed to the thriving of the Scottish publishing scene greatly, putting transparency and new voices at the heart of what they do.

The judges were incredibly impressed not only by Ola’s stellar achievements in the sale of rights but also by the fortitude and courage with which she has adapted to her changing life circumstances. It was obvious from the genuine praise she has received from all quarters that she is a joy to work with, a real and demonstrable asset to a publishing house, and an inspiring mentor to more junior colleagues.

This year’s prize ceremony took place on Tuesday 28th May at Stationers’ Hall, London. We are delighted that Deborah Frances-White was our key-note speaker.

Deborah Frances-White is a comedian best known for her hit podcast The Guilty Feminist which has had 56 million downloads in three years. She has recorded the show live at The London Palladium, The Sydney Opera House, The London Coliseum and The Barbican. Deborah is touring the show live around the United Kingdom in 2019. Her BBC Radio 4 show Deborah Frances-White Rolls the Dice ran for two series and won The Writers’ Guild Award for Best Radio Comedy in 2016. Deborah’s book The Guilty Feminist is published by Virago and is a Sunday Times Best Seller. 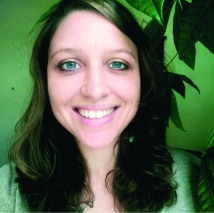 “Winning the Kim Scott Walwyn Prize in 2017 has been one of my proudest moments. Not only did it feel like a validation of my decision to take risks in my career and follow my passion despite the challenges, but also renewed my confidence in the publishing industry as a whole in its capacity to welcomeand celebrate change-makers. To anyone wondering about applying, I have absolutely no hesitation in saying go for it!  Long may the Kim Scott Walwyn Prize inspire and encourage women – young or old – to take risks and dream big.”

“The Kim Scott Walwyn Prize gives women in publishing the perfect opportunity to show what they are made of – to their peers, but more importantly to themselves. We are always so impressed with the energy and varied achievements of applicants from across the industry, and we are confident that 2019 will be no exception.”

The Prize has now been awarded eleven times, with the 2017 Prize going to founder and publisher of Lantana Publishing, Alice Curry. The Prize has a proven track record in highlighting ‘ones to watch’ from across the industry. The 2015 Prize was awarded to Rebecca Lewis-Oakes, then Editor at Puffin, now freelance writer, editor and publishing consultant. The winner of the 2014 Prize was Anne Perry, founder of The Kitschies and now Editorial Director at Simon & Schuster. The winner of the 2013 Prize was Miriam Robinson, now programme director for The Bookseller’s Marketing & Publicity Conference and Associate Director at The Literary Platform, formerly of Foyles.

Former prize shortlistees also boast an impressive list of accomplishments. Amy Durant, shortlisted in 2017 whilst working at Endeavour Books, went on to co-found Sapere Books, and Jo Unwin also established her own business, the Jo Unwin Literary Agency soon after her shortlisting in 2015. Candice Carty-Williams, shortlisted in 2017, has since sold her debut novel Queenie for a six-figure sum and publishes with Trapeze this March. Melissa Cox, shortlisted in 2014 when buying for Waterstones, is now Editorial Director at Hodder & Stoughton and part of the team behind the Down the Rabbit Hole children’s books radio show.

Who are the judges and what are they looking for?

The judging panel will be jointly chaired by Catherine Clarke, Agent and MD at Felicity Bryan Associates, and Denise Johnstone-Burt, Executive Editorial Director at Walker Books. They will be joined by 2017 winner Alice Curry; Ain Deheb Bensenouci (2018 Chair of the Society of Young Publishers and Senior Academic Partnership Manager at Epigeum); and prize committee members Rukhsana Yasmin (Deputy Editor of Wasafiri Magazine and winner of the 2012 Prize), Julia Kingsford (Co-founder and Director of Kingsford Campbell and The Good Literary Agency); and Emma Paterson (Agent at Aitken Alexander Associates).

Find out more about the judging panel here.

“I am extremely proud that the SYP is once again able to support the Kim Scott Walwyn Prize. I encourage all SYP members, SYP alumni and fellow female young publishers to apply. This prize is the perfect opportunity to celebrate and reward young women in the industry honouring their talent, hard work and commitment.” 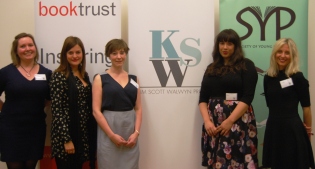 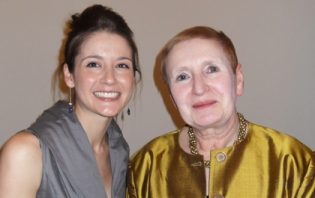 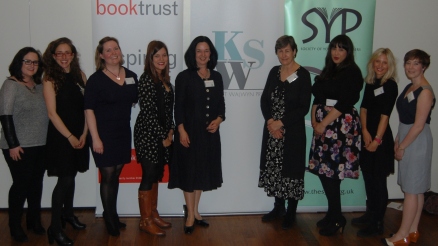